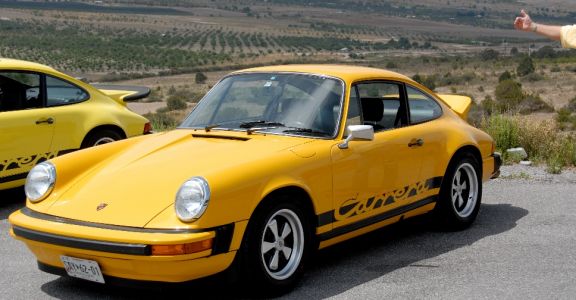 One of the rare and sought after Carrera 2.7 with the original RS (type 911-83) engine. This car is a correct and numbers matching Carrera. It comes with a Certificate of Originality from Porsche.

This Carrera is 100% rust-free and in excellent condition. The car has been painted several years ago in Porsche speed yellow and it shows flawless.

The current owner had the car completely serviced by Ed Mayo of Mayo Performance in Texas and only driven 1000km since. All paperwork available on request.

The original Fuchs rims have been redone to RSR specs by Weidman and they show brandnew.

Seats brandnew as per original spec. Perfect doorpanels and dashboard.

This Carrera has the ultra-rare original ducktail from the factory. This was a Japanese delivery and those cars came factory equipped with the ducktail.

We know this car personally, it is one of the best Carrera 2.7’s anywhere.

This car is stunning in appearance and it runs and drives as it should.

Back to List Contact us All advertised information is believed to be true but not guaranteed. We assume no liability for errors or omissions.